Is It Better To Contract Out For Demolition Cleanup?

After a structure is demolished, the debris has to be removed. However, at this point in the process, one of two things will happen. Either the demolition company will offer cleanup services, or you'll have to arrange for a separate company to come in and complete the work. Before you contract with a demolition company, consider whether you want one that does its own cleanup, or one that does not. There are advantages to both, but using a demolition crew for both tearing down and cleaning up may be the better choice.

When the construction cleanup is done by the same demolition company that did the tearing down, the workers already know what materials are there. The cleanup job can go a lot faster because the crew won't have to see what they need to do as they go along. They'll already know what can be recycled and what might need special handling. A new cleanup crew needs more time to evaluate what is on site, though it is possible they could spot something the demolition crew didn't.

If you have the demolition crew do the cleanup, the price for that service is likely bundled in with the demolition itself. You could essentially get a package deal that would save you money compared to using two different companies for demolition and cleanup. However, some may offer it as a separate service, so always get a full price list for everything you're asking about and get it in writing.

However, if you go with separate companies, you have the chance to find companies that have lower prices. Keep in mind that can take longer than you think, but depending on your budget, it could work out. Note that independent clean-up companies may not offer bids but rather have set fees that you have to pay.

In general, a demolition crew that also cleans up can get right to work. You shouldn't have to wait for another crew to show up. An exception might be if the demolition crew needs to bring in additional equipment, but that is something you can discuss before the crew gets started on the job.

Always ask the demolition crews you're calling about their cleanup policy. Never assume a crew will clean up as some demolition companies are tear-down only. Ask if the service costs extra or is included as part of the demolition price. 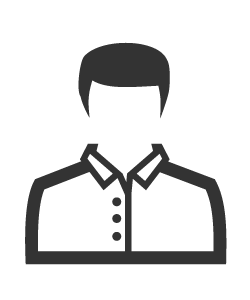